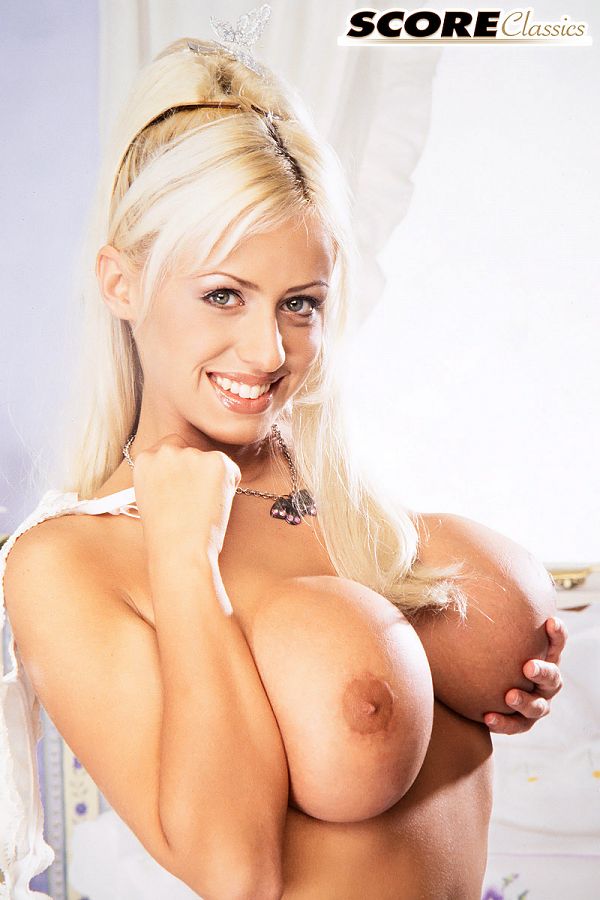 Ginger (also known as Ginger-Anne) debuted in April 2000 SCORE. As we put it back then, "Ginger is a Barbie-doll beauty with a touch of Pamela Anderson who puts the KY in Kentucky, her home state." Ginger was a lap dancer and new to modeling. She saw being in SCORE as a stepping stone to more exposure.

Ginger came our way from a longtime agent who represented exotic dancers, some of them the best-known big-bust feature dancers in the world. She sent the London studio some photos of Ginger and before long, Ginger was naked in the UK and spreading her pussy lips.


See More of Ginger at SCORECLASSICS.COM!