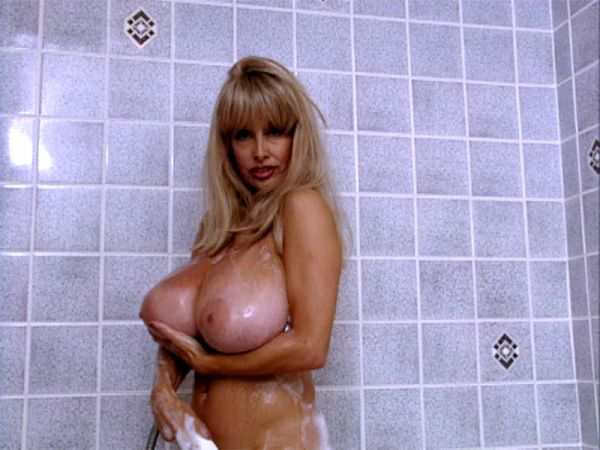 Immediately following her "Peeping Tom" shoot, the cameraman followed Alexis Love and filmed her showering. The sight of the mature blonde spraying her huge boobs with the showerhead was included in the VHS tape "The Alexis Love Story" but this is the raw, uncut video.

"I'd like to do some traveling and meet my fans," Alexis said in 1994. "That would be wonderful. Not being a dancer, I really don't have that avenue, but it would be nice to find a way to make some appearances. You know, when I first started this it was just kind of a fun, fluke thing. I never planned on taking it any further, but things are really beginning to take off now."