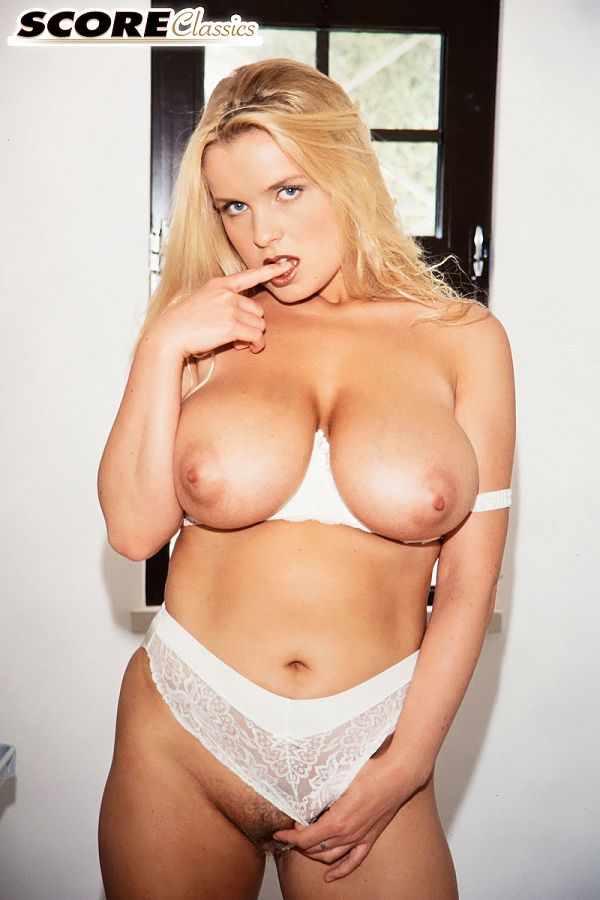 Annette Christianson was one of the stars of the long-selling VHS tapes (later made into DVDs), Busty Euro Babes and On Location Portugal. Annette moved to London to seek her fame and fortune as a mode. Our British team immediately booked the big-titted, pretty blonde.

Annette was the cover model for February 2000 Voluptuous magazine. A favorite of the paparazzi who sold photos of hot model types at clubs and around town, Annette was also known in the tabloids as Annette Evans.

Annette had no interest in hardcore scenes with men but she was fine doing softcore play with other busty girls. We photographed Annette with Lorna Morgan, Renee Fern, Linsey Dawn McKenzie, Russian Kathy, Kerry Marie and Charlotte.