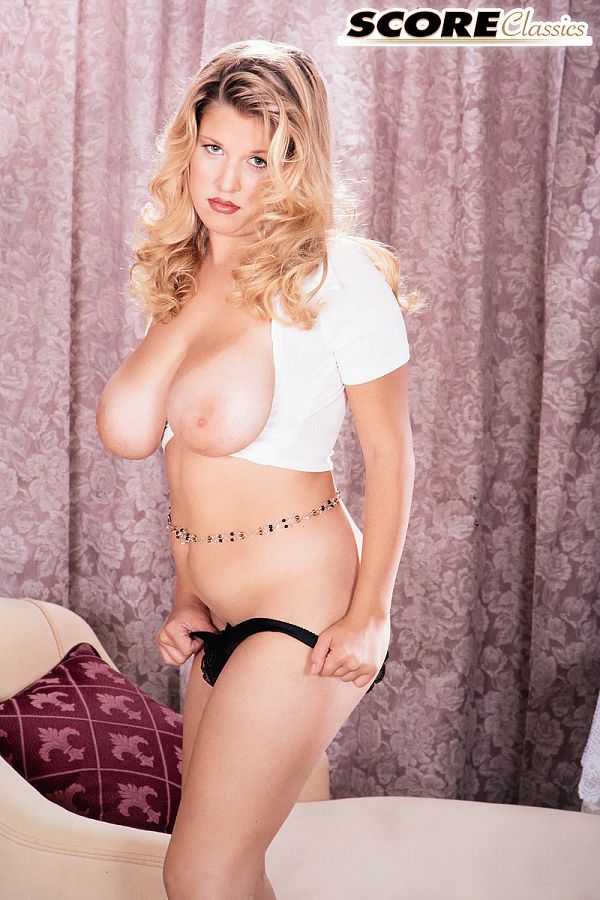 Counter-intuitively, voluptuous goddess Carrie Lynn, a student at the University of Florida in Gainesville in the late 1990s, was not discovered on a Florida beach, but in a mall in Southern California while she was visiting family. It took time to get her to pose. In fact, she's the kind of girl who you'd think would never pose nude in a thousand years. The SCORE photographer, the only photographer Carrie Lynn posed for, said she had the smallest vulva of any model he has ever shot, and this man has seen more pussy up-close than a Beverly Hills gynecologist.

"Carrie was one of those healthy, growing girls who went to school, did a lot of campus activities, dated--but not seriously--and was chased by a lot of boys, of course. She always said that when she graduated, she would stop modeling. Like a lot of large-boobed, regular girls who do not plan on getting involved in any kind of adult entertainment career, she never thought her chest was a big deal. Tell that to a tit man. Sometimes, she'd get a little cranky like any girl, but overall, she was great to shoot."

A recipient of our famous SCORE Scholarship Program, Carrie's modeling fees helped pay off some school bills. You never saw her anywhere else back then because she stayed exclusive.

Carrie Lynn was selected as one of the 20 greatest naturals of SCORE magazine in the September 2001 issue, along with Via Paxton, Chloe Vevrier, Linsey Dawn McKenzie and 16 other bra-busters. We've been looking for a new Carrie Lynn ever since she graduated and stopped modeling.