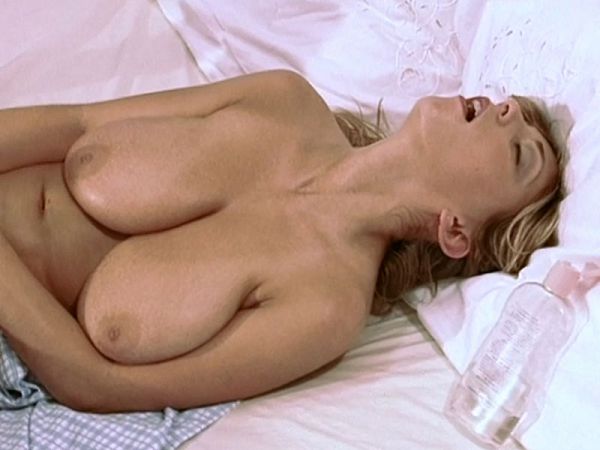 In the second part of Autumn-Jade's debut video, the soft-spoken American girl from the south oils her body in bed, fingers her pussy and uses a wand on her clit. She towels herself dry at the dressing table, puts on a bra, panties, stockings, skirt and blouse and sits on the bed for a quick chat that brings out her sweetness. Another photographer takes her outside to a park where Autumn runs around on the lawn and finds some tall grass so she can flash her big tits. She goes for a stroll in the neighborhood to end the video.

Filmed in London in May, 1998, this is the original, uncut footage that was edited and released on a VHS tape as "Autumn's First Time" and sold through SCORE magazine. Autumn was a big hit with readers and video buyers. In addition to her physical gifts, Autumn's true, girl-next-door personality was picked up by the cameras. She was girlfriend material, not the unattainable glamour girl.

Autumn went back to London in 1999 for another round of shoots. Since she liked girls, her second trip included sex videos with Linsey Dawn McKenzie, Chloe Vevrier and "Russian" Kathy plus the first of the lineup photo shoots against a tape-marked wall with Chloe, Jessica Turner, Kathy and Linsey. That photo shoot was published in August 1999 SCORE magazine. The movie "Bouncing Boobs" includes video of the line-up.