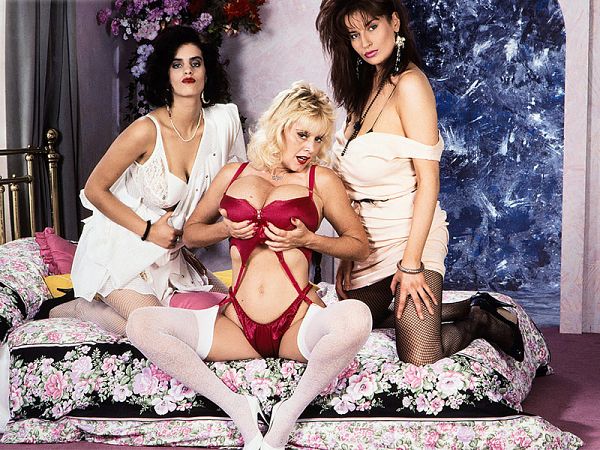 American sex star Patty Plenty was in London for a few days so she teamed with British superstars Nilli Willis and Lisa Phillips for this unusual threeway loaded with lots of pussy and nipple licking.

Nilli had already met a few American mega-busters in London such as Kayla Kleevage and LeeAnne Lovelace. Not so for Lisa who had previously paired off with such naturally busty stars as Jeannine Oldfield and Devon Daniels.

Patty was 43 years old at the time, twice as old as her English bed partners. She had already fucked in many movies, starting in 1983, and is still at it to this day. She was a striptease star as well. At the time of this shoot she frequently performed in the So Big Burlesque show at the Vegas World casino and hotel where she had replaced Platinum Peaks as the huge-hootered headliner.

Patty likes to travel the world, and her 66-24-36 figure gets people tripping over their own feet. She now lives in Hawaii, where she also goes by Patty Please.

See More of Patty at SCORECLASSICS.COM!