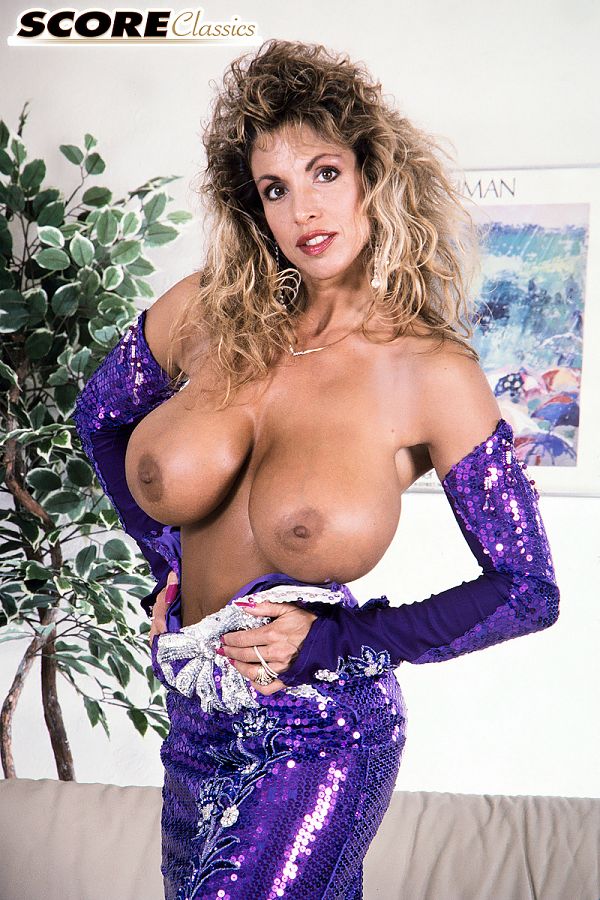 This is a 1992 pictorial of Lacey Legends, stripper and bodybuilder. Lacey was already in her 40s and was the only bodybuilding model in the big-bust magazines of those years. She continued to model well into her 50s. Chalk that up to her healthy lifestyle.

Lacey was still stripping and modeling during the early '00s. She was a lap dancer five nights a week at the famous Olympic Garden in Las Vegas and usually attended all the adult fan expos.

During those years, SCORE had an occasional feature called "At Home With." A SCORE photographer would take photos of a popular model in her own home doing everyday things like hanging out at her pool or doing the dishes. This was not an easy project as most dancers prefer privacy. However, Lacey was game so she was the subject of this photo feature in the April 2000 issue. Today, Lacey is completely retired.