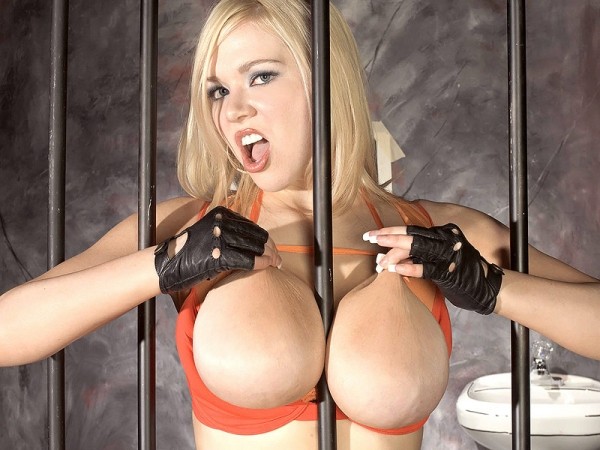 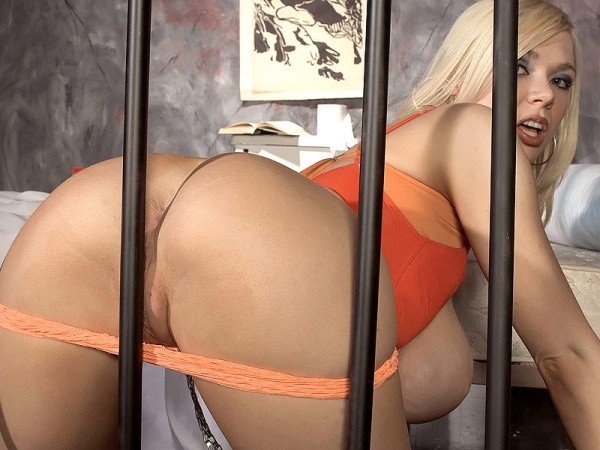 Kylee Nash is a girl-next-door from Arizona. This former house dancer is one of our most-unique SCORE models ever. Unique because I've never seen a girl who's so flexible, and neither had Christy Marks, and that's saying something! Kylee is a trained dancer and a former fitness instructor, and when Christy and Kylee happened to be in our studio at the same time, we knew we had to pose them together.

"I actually think that Kylee is more flexible than I am," said Christy, who has been known to give upside-down tug jobs. "She can do some things I can't."

I should point out that Kylee was thrilled to meet Christy because she's a SCORE Girl who loves SCORE Girls.

"Vanessa Montagne, Morgan Leigh and XXXena are a few of the gorgeous models who have inspired my love of big tits," Kylee told me. "I've loved big boobs for as long as I can remember."

These photos and the video stand out in my mind because they go against type. Fresh-faced, girl-next-door Kylee plays a raunchy prison inmate using her big tits, juicy pussy and flex skills to break out. Or bust out. Whatever.

Kylee is also a mainstream actress and has quite a few movies to her name. They're the kind of softcore, low-budget movies that are shown on cable TV, such as The Hills Have Thighs. So if you're up late watching cable and an actress with big tits looks familiar, you'll know where else you've seen her.