Busting In The Great Outdoors With LA Bust

Busting In The Great Outdoors With LA Bust 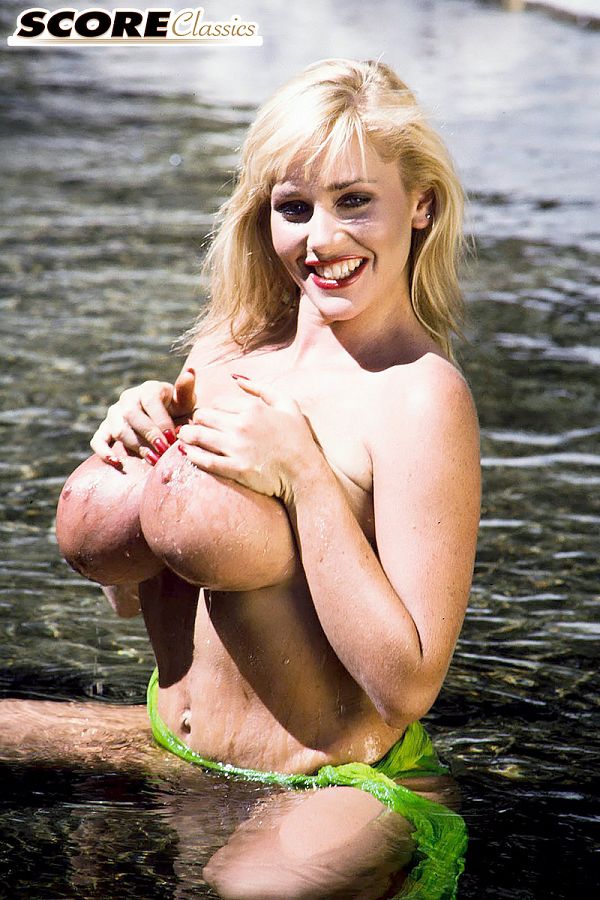 21-year-old L.A. Bust was the girl that SCORE editor-in-chief, John Fox, selected to introduce the fledgling publication to a tit-hungry public. She became the magazine's first covergirl in the June 1992 edition.

Unfortunately, L.A., an exotic dancer, didn't do a lot of photo and video shooting over the course of her career. That's how it was with many of the SCORE Girls who were exotic dancers. They were difficult to pin down for studio bookings because of their hectic travel schedules. Some girls were on the road 48 weeks a year.

L.A. returned in February '94 for another cover edition and in February '96 as well. Her video work was limited to the DVD The Greatest Big Bust Video Ever Made, a three hour epic that had everyone but Charlton Heston in a chariot race.

L.A. called it a day in 1996. It was a day of mourning at the SCORE offices when she phoned in the news. In 2011, L.A. unexpectedly emailed the office about shooting again but it didn't happen, unfortunately. Ya can't win 'em all.