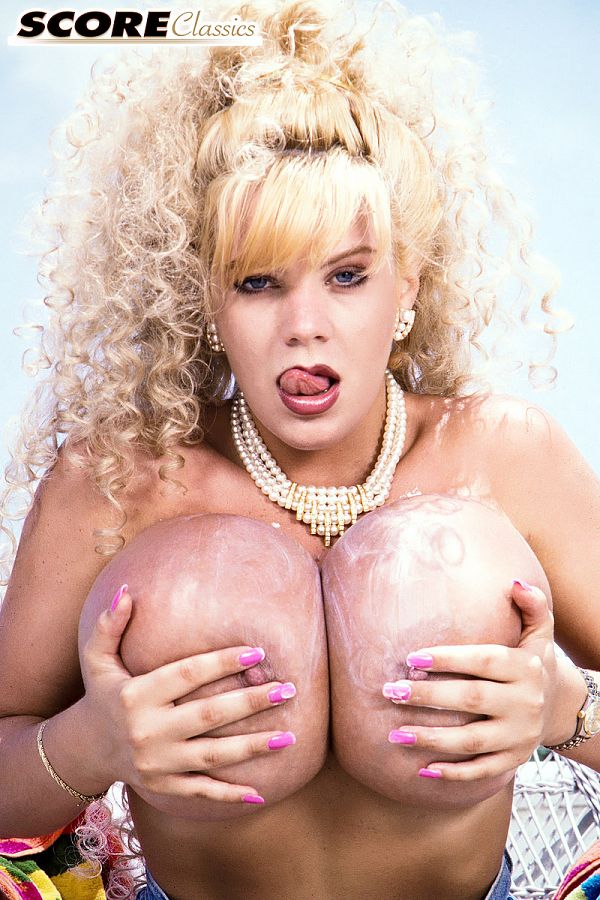 June 1994 SCORE covergirl Candy Cantaloupes was one of the big names for clubs that hired super-busty strippers every week as the feature act. If you were a regular clubgoer in the 1990s, you might have caught her shows at Flashdancers or any of the bigger clubs that booked the bigger-than-life fantasy girls with giant tits. This photo set was shot in the Bahamas, a great location our photo teams loved. The story goes that Candy quit and enrolled in a New York college to study biology.

"For me, when I think of the headlining mega-breasted stars of the 1990s, I think of girls like Tiffany Towers, Pandora Peaks, Lisa Chest, LuLu Devine, Toppsy Curvey and, of course, Candy. And I think of SCORE magazine. And then I think of those daytime TV talk shows such as Jenny Jones and Richard Bey, whose writers were constantly coming up with new ways to get one or more mega-busters on their show. Usually, it was something along the lines of, DON'T HATE ME BECAUSE I HAVE HUGE BOOBS! The girls would come out to a mixture of boos (mostly from jealous women) and applause (mostly from hopeful men) and always lots of oohs and aahs, and for one hour, TV was the ultimate in voyeur vision."