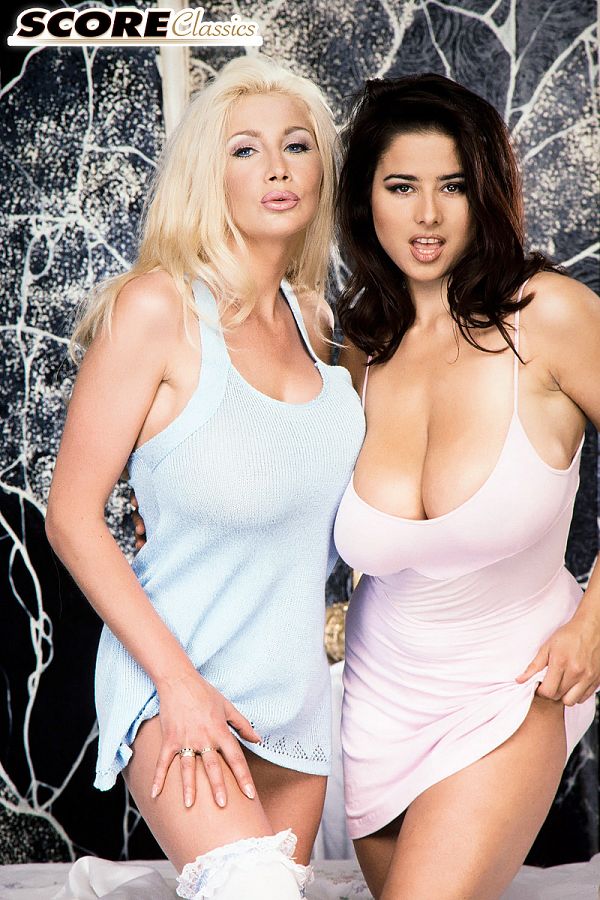 Jay Sweet appeared in the last pictorial of the first issue of SCORE (June 1992) in a layout called "The Eyes Have It," a reference the editor made to Jay's bright blue eyes. A study back then observed that newsstand magazine browsers often opened the back pages of the magazine first, so Jay's pictorial would have been seen first.

Jay was one of thirteen SCORE Girls invited to sail on the second Boob Cruise in August, 1995. It happened to coincide with Jay's birthday (August 8) so a party, with a big cake, was arranged to celebrate her special day.

When it came to Lesbian pairings, Jay was a go-to girl, similar to Danni Ashe (although Danni never did boy-girls like Jay did). Zoryna Dreams, Susie Boobies, Kim Kupps and Kayla Kupcakes were just a few of Jay's studio bed partners.