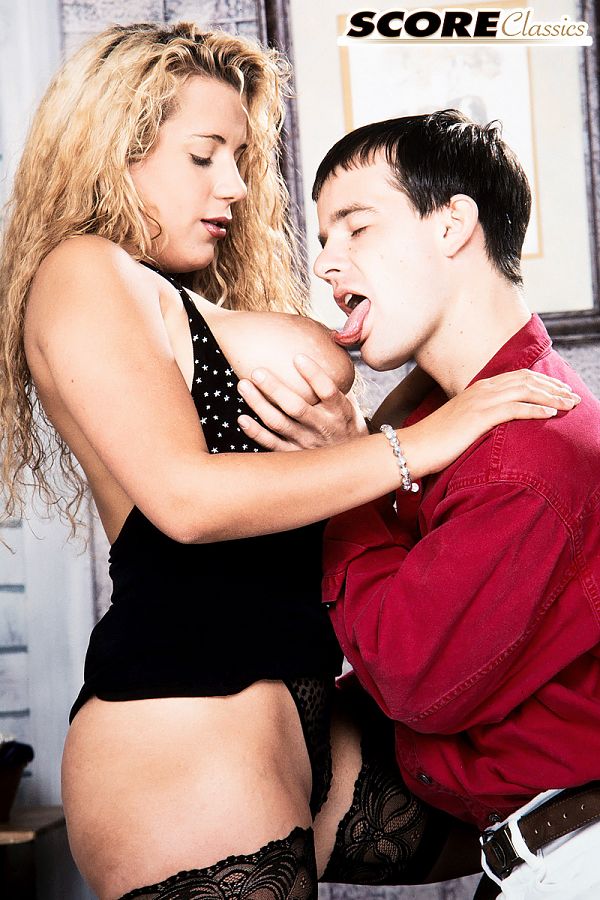 In this scene, Dawn is picked up at a London bus stop by American porn star Michael J. Cox, a guy who got to bang several of the '90s SCORE Girls, including Angelique in The Bahamas. He claims to be a photographer and brings her back to his studio where he bones her after their photo session. This is one of the main reasons why guys want to be photographers of hot girls. Dawn impresses him greatly with her huge naturals, tea-saucer areolas, meaty pussy and long, thick pussy lips, aka angel wings, that she used to pull on in her photos. Although she was built like a brick shithouse, Dawn only modeled for a couple of years before dropping out of sight still in her late teens. She later relocated to the States and popped up in a couple of American TV shows.