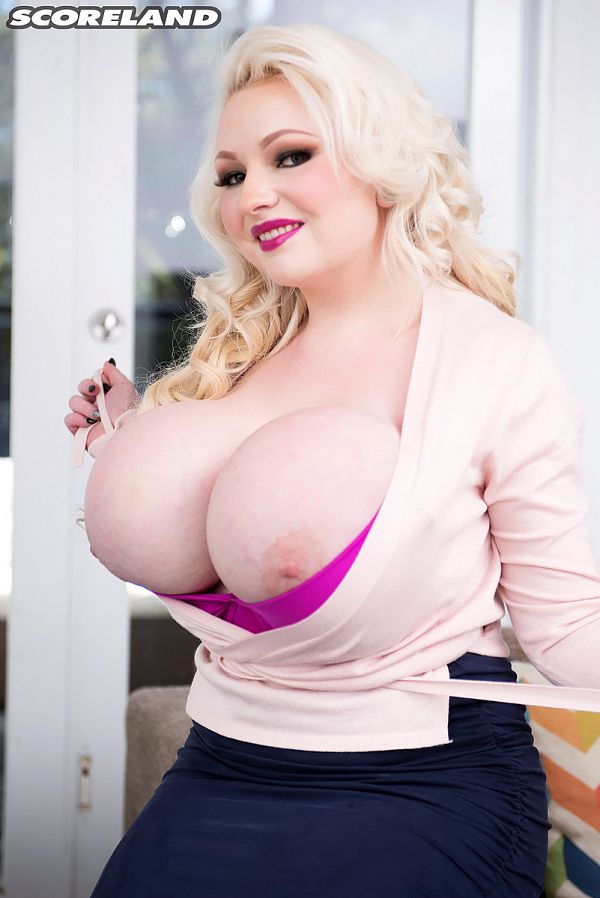 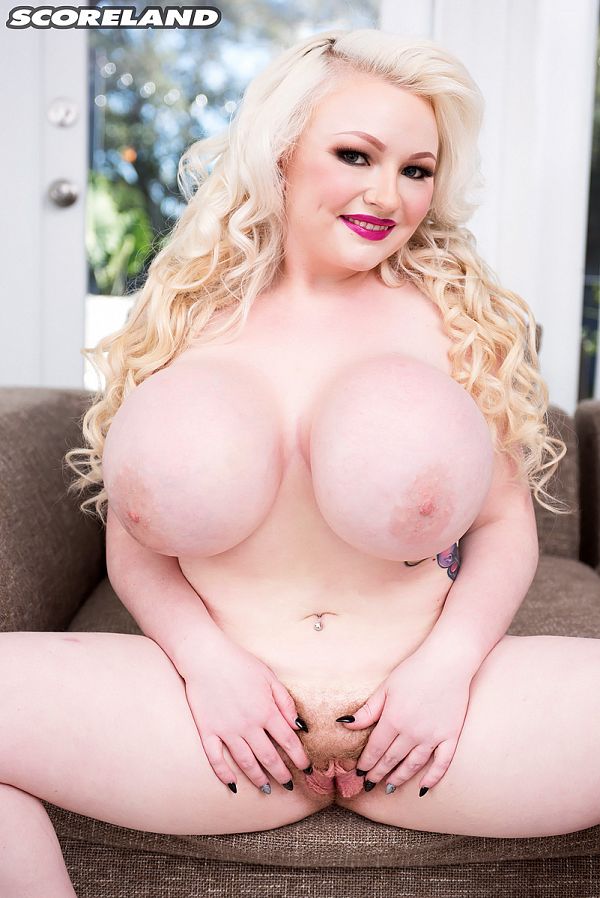 Princess Pumpkins tries on some sexy outfits, and yes, she does wear clothing like this when she's shopping and doing ordinary errands. After she approves her mirror images, Princess shows her naked royal rack and gets busy. To say she has big boobs is the understatement of the year.

SCORELAND: Which big-boob SCORE models would you like to meet face-to-face? Or boob-to-boob?

Princess: Hitomi and Sheridan Love have always been my SCORE idols for lack of a better term. There are so many beautiful girls I would love to meet from SCORE, whether it is face-to-face, boob-to-boob or pussy- to-pussy. Preferably the last two!

SCORELAND: They would be flattered to know that. A percentage of SCORE fans always ask if a girl will do hardcore. What are your thoughts about that?

Princess: I am dying to fuck a huge cock on-camera as long as that huge cock is attached to a sexy SCORE model with huge tits. All the time, we see plenty of guys nailing girls and it is super hot. I want to bring the fans something new. I want to show them all the raw passion and insane sex you've seen from boy-girl shoots and be the first SCORE Girl to do a true hardcore girl-on-girl video. I'm not talking about just eating out and using a dildo on each other. I mean full-blown, wearing a big, juicy, strap-on cock and fucking each other into oblivion.

SCORELAND: Do any of your cam viewers ask you about hardcore?

Princess: They do! In fact, it was my cam viewers who told me to bring up the girl-girl hardcore idea to SCORE. Since my guests come to see me almost daily, they give me a lot of good ideas as to what people want to see more of!

SCORELAND: Do you tend to keep your Princess Pumpkins and your cosplayer Bunny Blaze roles separate?

Princess: In the beginning, I tried to separate them but they have become one and the same. I do some pretty sexy cosplay that could very easily be considered 18+ and I am really hoping to do some even naughtier cosplay in the future.

SCORELAND: I've see some very busty cosplayers who would be good SCORE models but they don't seem interested. How many cosplay expos do you attend on average?