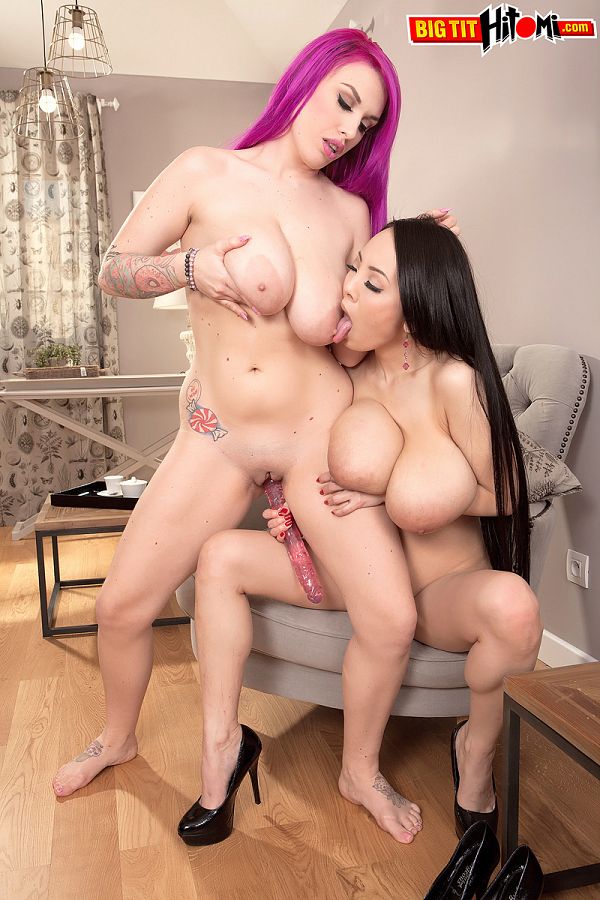 Both Hitomi and Lily Madison were winners of SCORE's Newcomer of the Year contest, Hitomi in 2012 and Lily in 2014. They met in Prague for a girl-girl show.

Hitomi wants to taste the nipples and pussy of this English girl. They brought along some party favors, a bottle of lotion and a thick toy. They'll be going nipple-to-nipple first and then Hitomi will travel her way down to Lily's hot box to lick it and stick it. They don't get more girly-girl than these two beauties.

See More of Hitomi at BIGTITHITOMI.COM!

Register your 100% Free Free Nude Chat 4 Free account today and enjoy the hottest girls and couples live on cam! No Credit Card required! No restrictions or limitations! Unlimited access to all chatrooms!