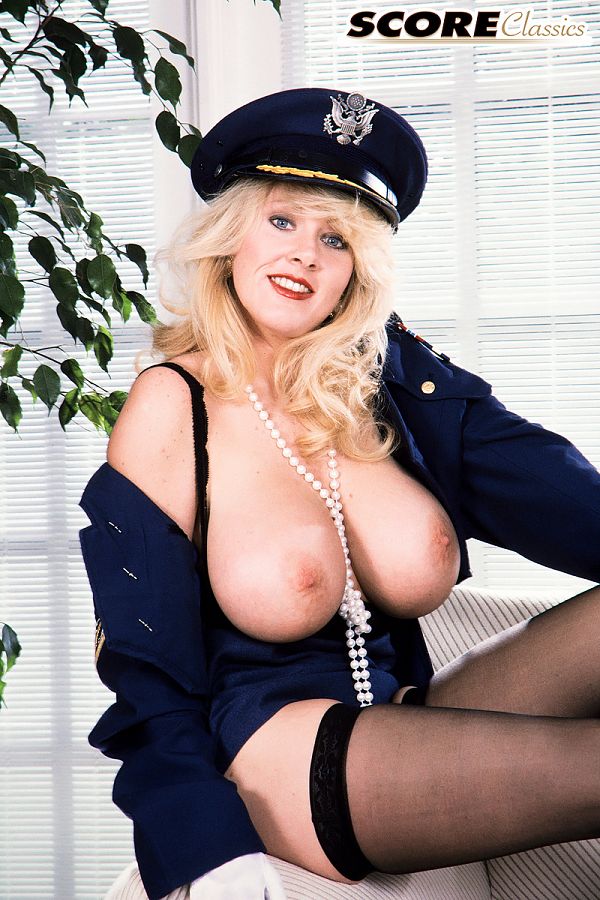 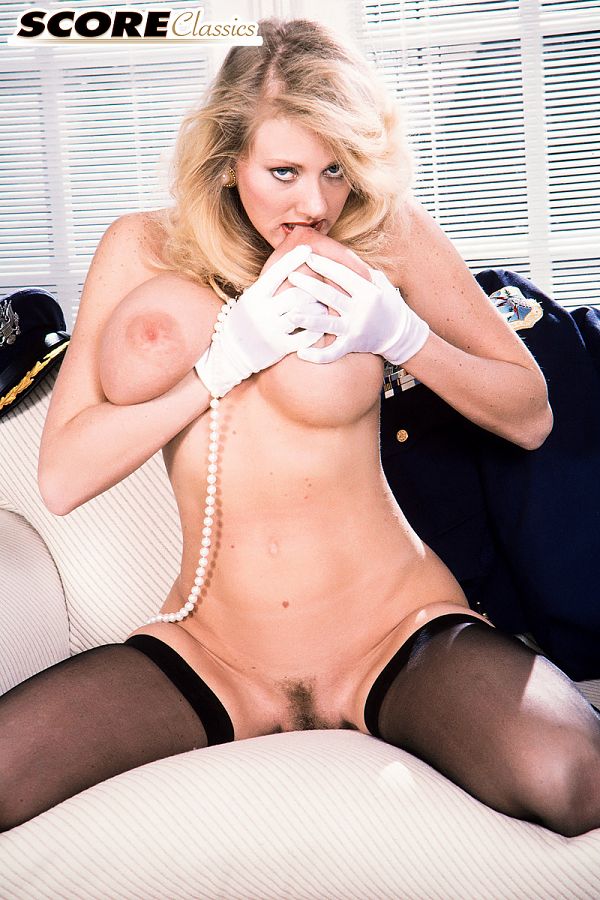 This is one of Kayla Kleevage's early shoots. It's January 1991 and Kayla's in London wearing an imitation Air Combat Command uniform. Well, part of a uniform anyway. Her tits are big but it'll be a few years yet before she super-sizes to massive dimensions.

Kayla moved to Las Vegas in 1999 after years of living in Houston, Texas where she danced. Years of experience as a model and headlining dancer paid off.

"I love living in Vegas because it's so open-minded," said Kayla, who calls herself a black cock whore and the black man's cumbag. "I like the excitement and energy level here. It reminds me of Houston during the oil boom years."

When she has free time, Kayla rides a Harley Davidson Dyna Low Rider. She bought her first one in Texas before she moved to Vegas.

Today, Kayla is as busy as ever. When social media and webcams became tools for adult models a few years ago, Kayla jumped right in. She's always ahead of the curve.