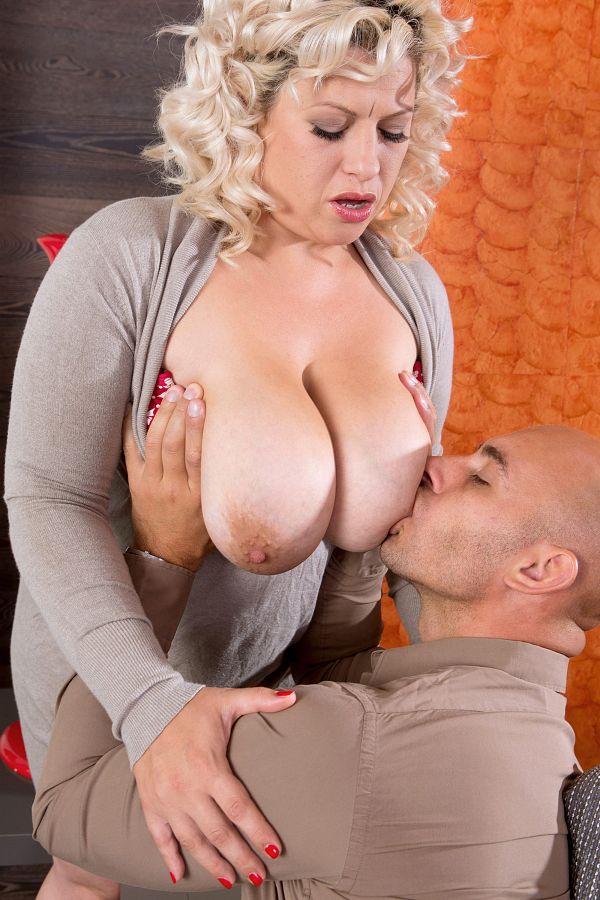 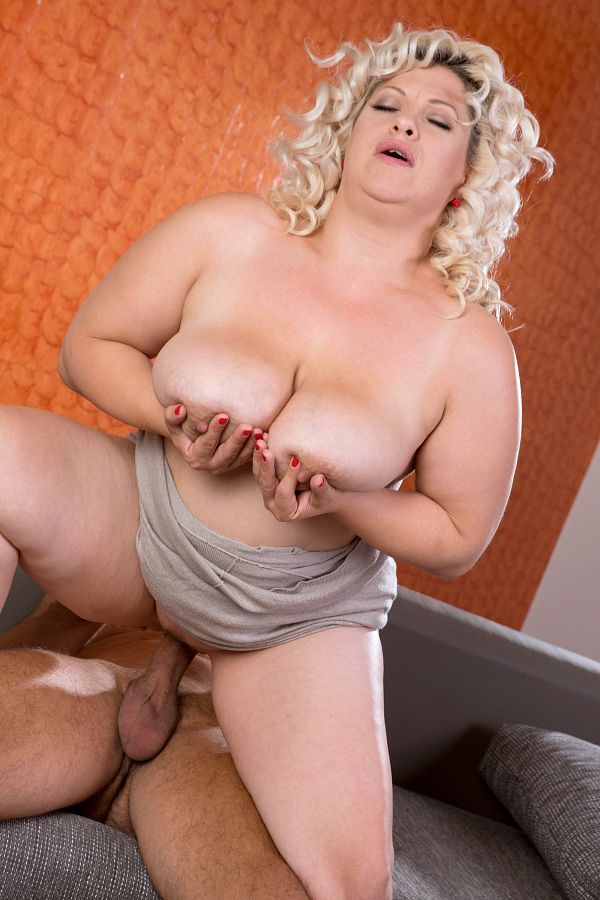 Built like a brickhouse, busty and lusty Brit Gina George gives up her lovely butt to a man who really appreciates a well-rounded and cheeky blonde and enjoys buggering them. Being randy is just dandy for Gina because for her, a hard man is good to find. And XL Girls made sure Gina didn't go without any.

The Analyst and Gina have met to discuss her ass. Those twin cheeks need a good spanking and a stiff dick between them. We have the right man for the ASSsignment. He and Gina get warmed-up with nipple sucking and boob worship. Neeo spanks her bottom, not because she did something rude but because she's going to be a very rude girl in a few minutes, with his encouragement. They move on to fucking Gina's cock-engulfing, big 34HH-cup boobs. Gina licks the cock head, covering it with her saliva.

Neeo buries his dick inside Gina's British pink slit, sending shock waves of pleasure coursing through her well-fed body. He sits up so Gina can lap dance his stiffy. The English muffin slides up and down his pole, her cries and groans ringing throughout the room. The dirty sounds of raw, nasty sex--the heavy, fast breathing, the low-guttural groans, yells and moans, the slapping of skin against skin--is all the music that's needed.

It's time for Gina's ass-pipe to be filled. The Analyst decides that the best way to enter Gina's rear-end is from behind. He positions her body in doggie, her huge jugs hanging, spreads her bum-cheeks and slides his cock, wet from Gina's tongue, inside her brown-eye until he's balls deep in her. As he buggers Gina's winky, her screams and groans of pleasure get louder and louder. They are in the heated grip of fuck fever! Blame it on Gina. She's too sexy for her ass.

Register your 100% Free ImLive account today and enjoy the hottest girls and couples live on cam! No Credit Card required! No restrictions or limitations! Unlimited access to all chatrooms!