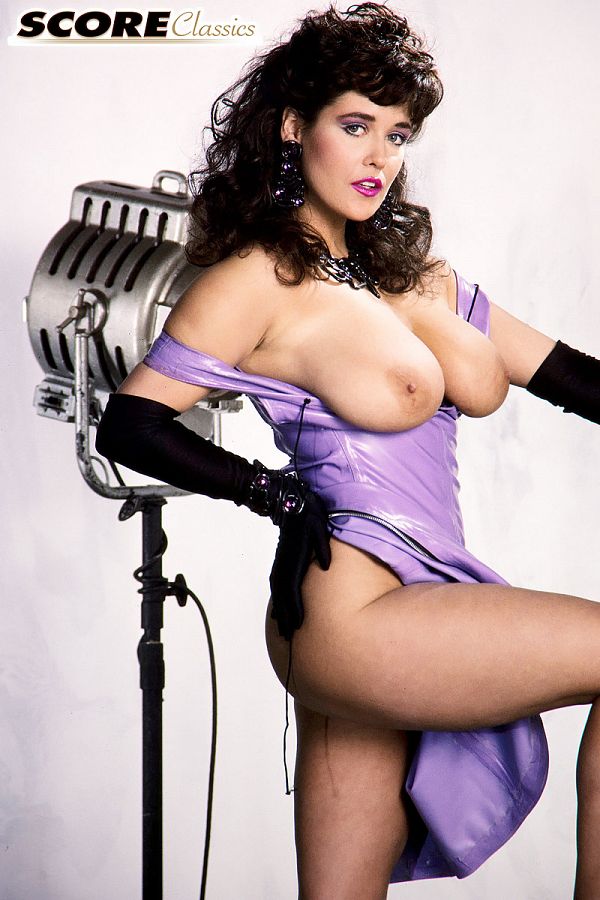 This shoot of Tracey Neve makes good use of a traditional photographer's set: several large studio lights and a ladder against a plain backdrop. Simple but effective, without the clutter of a decorated living room or bedroom set. Tracey's choice of tight, low-cut dresses are perfect for her slim and shapely figure.

Tracey, one of the most-popular men's magazine, calendar and Page 3 Girls of the late 1980s and early '90s, had a modeling career that was short but dynamic. She got to travel to exotic locations, was involved in a girl band for a short time and even appeared in a few TV commercials.