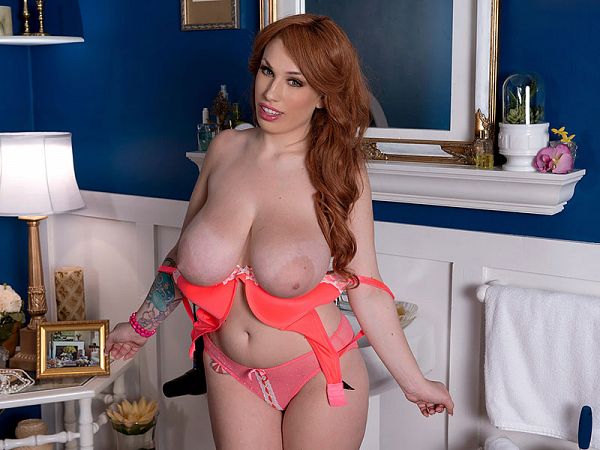 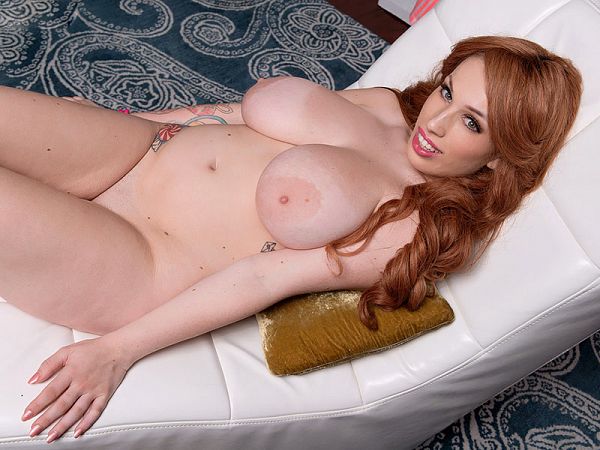 In this scene, we see British babe Lily Madison's morning ritual. These morning ritual scenes have become a specialty of The SCORE Group and provide an intimate look at something most men never get to see: a girl getting ready for her day. We're invited into her private sanctum as she gets all dolled up. We even get to see her brush her teeth. Among other reasons for wanting to see a girl brushing her teeth, the act of brushing makes her tits shake. Also, the toothpaste drips onto her tits, which is very nice. Then Lily continues to get all dolled up, which includes self-sucking her nipples.

The most-famous morning ritual scene was Lorna Morgan's in Key Largo in 2001. That's probably the standard-bearer for morning ritual scenes because Lorna does so much and does it in such a way that we feel like voyeurs. It was SCORE chief John Fox who came up with the morning-ritual concept, and it continues to be a classic, one we use with only our best girls. Lily's one of them.

Lily told us how she became a SCORE Girl.

"Lots of American guys kept saying to me, 'Oh, you should be in SCORE and Voluptuous.' So I said, 'What's that?' and they'd say, 'It's a magazine. This is where you should go and apply.' So I looked into The SCORE Group and started talking to you on Twitter, and then we emailed back and forth, and eventually you said, 'We want you to come and shoot for us.' So I said, 'Okay.'

"I have so many guys who tell me that they love big breasts that it doesn't surprise me. I love my breasts. I can't imagine having smaller breasts, and I do like them on other girls, too. Having big breasts makes me feel womanly."

Lily has a unique distinction: She's the only girl who's had her unpixelated pussy eaten on-camera by Hitomi (in Japan, the girls' pussies have to be pixelated or otherwise obscured). It's happened twice, and she enjoyed every lick. I'd imagine that Lily did this kind of morning ritual before her scenes with Hitomi.

Register your 100% Free Free Nude Chat 4 Free account today and enjoy the hottest girls and couples live on cam! No Credit Card required! No restrictions or limitations! Unlimited access to all chatrooms!