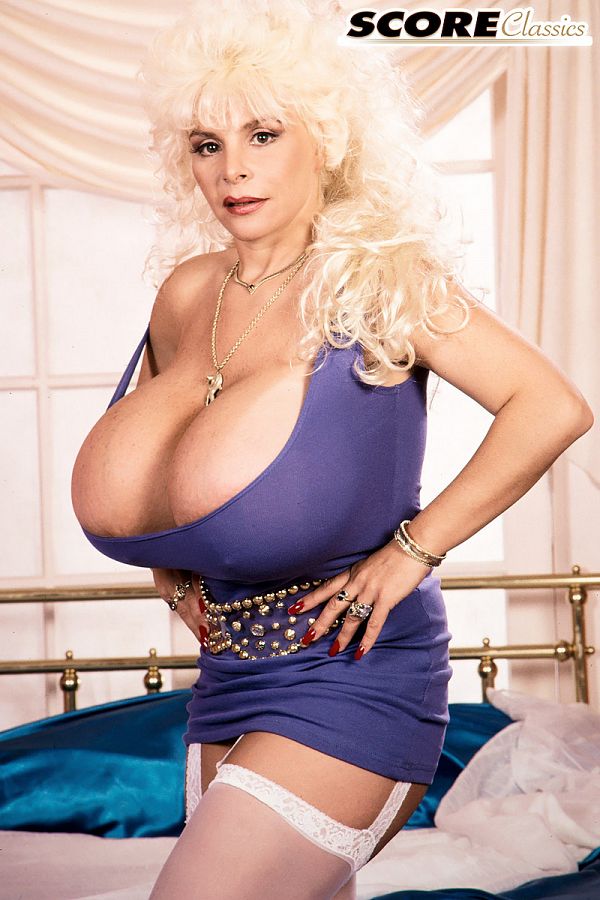 Lulu Devine's low-cut dress reveals massive amounts of boobage that make the eyes water. From the start of this photo shoot, her panties are missing. Lulu always had nice legs and shows them off in high heels and fancy white stockings with an attached garter belt.

Lulu would get annoyed when certain subjects were brought up in an interview. She never held back her feelings, even on TV talk shows.

"Of course, you want part of the magazine to be about sex because we're sex symbols and the magazine is about that. After all, let's not mistake what the purpose of these magazines is. Guys read them to get off! Plain and simple! But the magazines (and some guys too) have to realize that we're people and, just because we're in this type of business, it doesn't mean we're any more sexual or kinky than the next person.