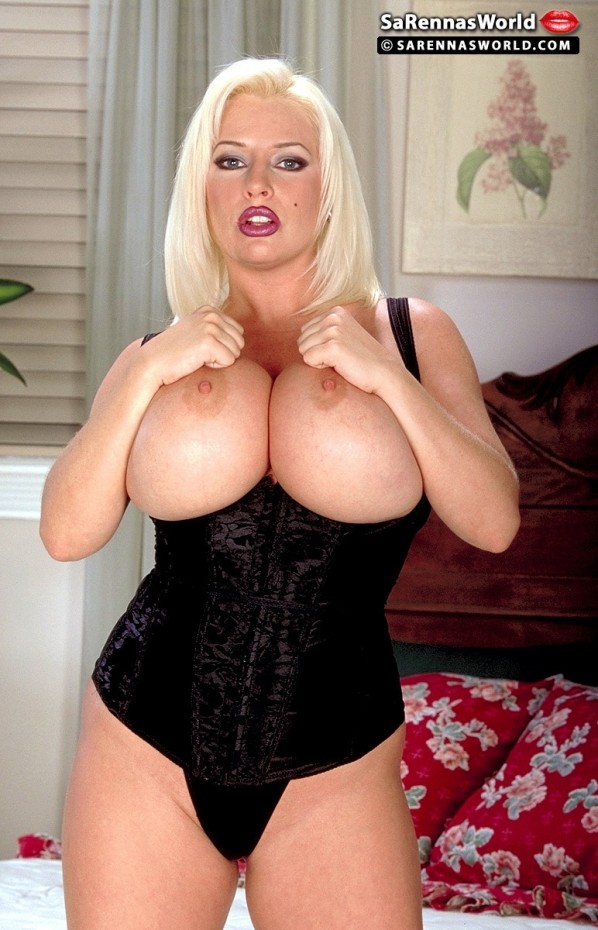 The corset, a waist-shaping garment, has a rich history dating back centuries. Scholars of ladies' undergarments credit Italy as being the first country to create the "coche" in the 15th century. In France, the "cotte," a band of stiff material to shape the waist, was introduced the same century. Over the centuries, the production and design of the corset became more and more refined and sophisticated.

Who can think of one woman who looks more spectacular modeling a corset than busty, lovely SaRenna Lee? Who feels the same way about SaRenna shredding a sweater?