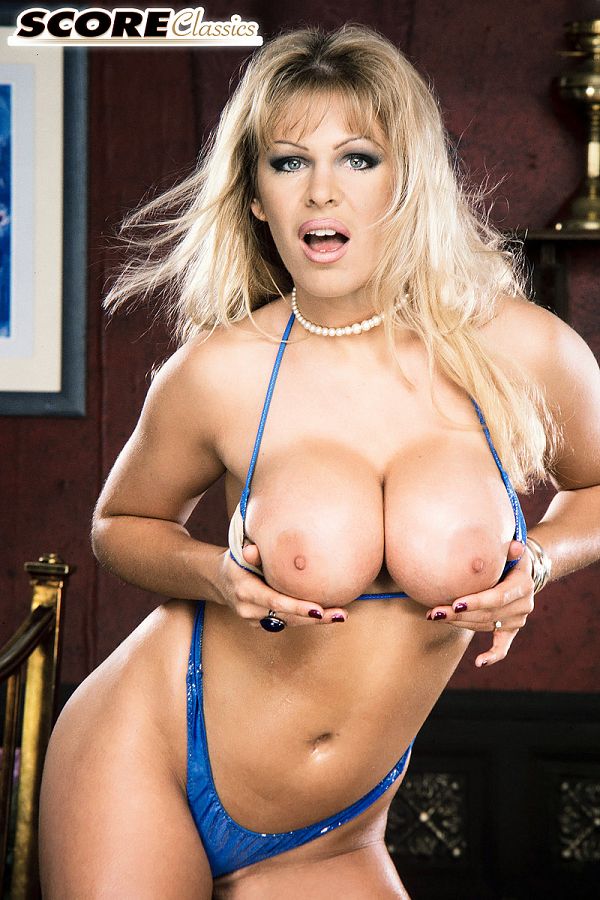 Tianna Thomas begins her photo shoot wearing skin-tight pants, a tiny bikini top and bottom and clear slide-in heels. She used to dance in strip clubs in Wisconsin and around the USA and was referred by an agent to SCORE. Her shoots took place in London.

Tianna's marital status was not known when she was active, but in the photos and the video she sports an engagement-style ring on the traditional third finger, left hand. We've written in SCORE and Voluptuous about models who keep their wedding or engagement rings on during shoots. Is this a turn-on or a turn-off? In recent years, models like Shelby Gibson have revealed that they're married, but back in the 1990s, few dancers or nude models made their marital status public.

Tianna had plans to write a book about stripping and how to get into it, but as far as we know, she never did. Being on the cover of SCORE (November 1996) was good exposure for Tianna. Being billed as a SCORE covergirl on strip club marquees always helped attract an audience.