Toppsy Curvey: I Have A Lot Of Female Fans That Come To See Me

Toppsy Curvey: I Have A Lot Of Female Fans That Come To See Me 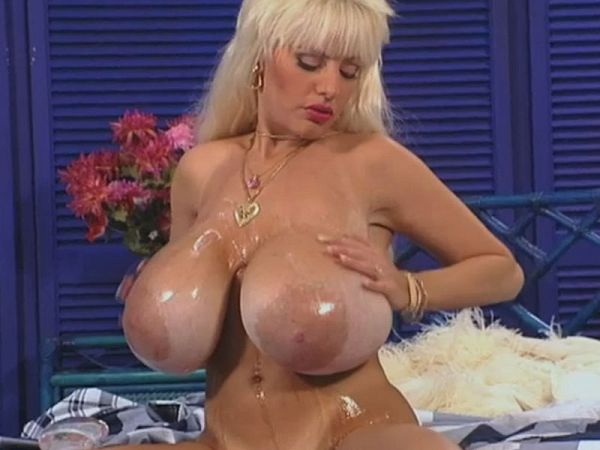 In this scene, Toppsy Curvey begins in bed and ends in a bathtub. The super-busty blonde dancer was in London for a series of shoots. When she had time, she explored some of the city. Naturally, she and her sister Lulu Devine, with whom Toppsy went to London, attracted a lot of attention from both Londoners and tourists. At the end of the video, a smiling Toppsy asks if the cameraman/director was a general in the army.

In a follow-up interview, Toppsy talks about her female fans.

"Dancers don't want to mention females as fans because the first thing people think of is lesbian and that's not a big selling tool. Of course, that's just a perception and it is very far from the truth. I have a lot of female fans that come to see me, and it's not because they're into women. They're just interested and curious. They don't care so much for a girl who gets on stage and says, 'I'm a bimbo and I'm proud of it.' They don't like that. More than anything they want to see a person who plays the many roles of dancer, business person and family person. This way they can relate and they feel comfortable asking questions about me and my lifestyle."

The only off-limits topic with Toppsy was sex.

"I don't speak about my sex life! I'm a very private person."